Reblogging for my friend Gisele Marks, who has a story in this compilation!

The Things That Catch My Eye

Today, I and six others are releasing the first in what could turn out to be a few, an anthology centered around Bath of the Georgian and Regency period. 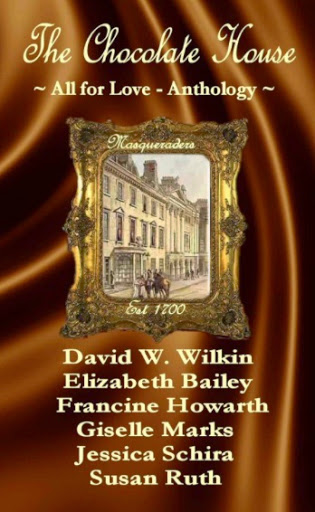 Our Authors are noted and award winning storytellers in the genre of Georgian and Regency era Historical Novels:

A Sensual blend of Chocolate, Romance, Murder & Mystery at “Masqueraders”.

The beautiful City of Bath, famous for its Roman Spa, its Abbey, its Pump Room & Assembly Rooms, and Sally Lunn’s bun shop, is a place made famous within the literary world by the likes of Jane Austen, Georgette Heyer, and other authors of Georgian and Regency historical novels. Thus Bath is renowned as a place for intrigue and romance, but few readers will have stepped across the threshold of Masqueraders’, a notorious…

Wordsmith. Spoken word artist. I inhale words and exhale poetry.....
View all posts by PassionPoet »
« Senseisha: Memoirs of The Caribbean Woman
I Reach For You »

Communicate with my Muse.... Cancel reply